The Shape of Future Earth: Stable, Unstable, and Metastable is a one-day symposium theorising the future of the planet, framed not exclusively as a geological question, but also as a social, political, and artistic one. Tectonic movements, erosions, and eruptions will ineluctably determine the shape of Earth to come in the most literal sense, sometimes in ways that we can influence, and in other cases in ways which we cannot. But to restrict our thinking about future Earth to these questions alone would be tantamount to taking the Earth as an object within which human beings have merely residential status, and over which we understand ourselves to have strictly limited influence. Acknowledging this should not allow us to conclude that human beings have  absolute control over the shape of future Earth, nor is it to speculate on the invention of a graven image of ‘Future Earth’, a place modelled entirely according to the human imaginary. What the Earth is, and will be, may always exceed in one dimension or  another our attempts to represent it. To represent and understand the world, indeed, to understand how the Earth, present and future, exists according to our representation of it, is an important exercise, one worth attempting even where we take these images to be incomplete. ‘The Shape of Future Earth’ therefore demands that we both try to imagine the future of Earth, as well as critically evaluate our own representations of Earth, both as we understand it now and as we understand its future. The Earth  in this sense is neither some mystified object beyond human apprehension, nor is it a product of the human imagination or an intelligent design which corresponds to the very ideas we have of it. The Earth is not just a ‘force of nature’, nor is it a collection of constructed objects deposited on its surface. When we seek to address this question of future Earth, it is not a matter of trying to divine a trajectory from the current state of things, but rather it is a matter of taking seriously the proposition that we as thinkers, artists, and practitioners in other disciplines have a continuing role and responsibility in trying to determine that shape. The point is not to present a completed image, but to participate, each in our own way, in the labour of constructing and bringing to bear what we wish a future Earth to be.

In this symposium, we will attempt to address certain aspects of this question of how future Earth might be shaped. We will not present an exhaustive topology of what this world will be, but will attempt through various discussions and artistic interventions to describe, anticipate, and articulate some of the ways that it could be, and how we might ultimately get there. This will be an interdisciplinary symposium, featuring talks from selected participants, as well as a film screening and artistic presentation.

Reza Negarestani is a philosopher and director of the Critical Philosophy Programme at the New Centre for Research and Practice. He has contributed extensively to journals and anthologies and lectured at numerous international universities and institutes. His current philosophical project is focused on rationalist universalism beginning with the evolution of the modern system of knowledge and advancing toward contemporary philosophies of rationalism, their procedures as well as their demands for special forms of human conduct He is the author of Cyclonopedia (re.press, 2008), Intelligence and Spirit (Urbanomic, 2018) and Chronosis (Urbanomic, 2021).

Enda O’Riordan is an Irish artist, researcher, and writer based in Berlin. He is also currently a research fellow at the Digital Arts Department at VŠVU. He graduated from Goldsmiths University of London with an MFA in Fine Art in 2020, and before that studied Philosophy at University College Cork, Ireland, and UCL in London. He works on a broad range of subjects, including art and cultural criticism, Marxism and global finance, formal logic and computation, and questions concerning the contemporary subject in relation to large-scale, complex worlds. His main preoccupation at present is writing short prose and poetry, and he has developed a recent obsession with madness and superstition that he finds great difficulty in reconciling to his theoretical commitments. Nevertheless this challenge is a productive one which he also hopes to explore in future research and artistic production.

Olexii Kuchanskyi is an independent researcher, artist, and queer writer whose main interests lie in experimental moving-image art, its ecological impact, and critical cultures of nature. S/he was born in Vinnytsia, Ukraine. S/he lives in Kyiv. His/her works have been published in Prostory, Your Art, TransitoryWhite, Political Critique, East-European Film Bulletin, Arts of the Working Class, Moscow Art Magazine, e-flux Notes, and others.

Lukáš Likavčan is a philosopher focused on technology, ecology and visual cultures. He received his degree in philosophy and PhD in environmental studies at Masaryk University in Brno, Czech Republic. Likavčan is a faculty member at Center for Audiovisual Studies FAMU in Prague, Strelka Institute for Media, Architecture and Design and The New Centre for Research and Practice. As a researcher, he was based at Wirtschaftsuniversität Wien, The Hong Kong Polytechnic University and BAK, basis voor actuele kunst, Utrecht. Likavčan is a GPS Postdoc Fellow at AI & Culture NYU Shanghai. Likavčan is an author of Introduction to Comparative Planetology (Strelka Press, 2019), and a member of Prague-based collective Display – Association for Research and Collective Practice.

András Cséfalvay is a visual artist, digital story-teller from Bratislava, currently teaching at the Academy of Fine Arts in Bratislava. After his studies of painting and mathematics, he wrote a dissertation on the usefulness and reality of fiction. His work explores the relationship between culture and technology, the political and ethical aspects of listening to non-dominant voices in world-interpretation. His latest works look at the relationship between astronomers and indigenous peoples in the construction of the Mauna Kea telescopes, the flight of dinosaurs as a technology for survival after the extinction or the re-categorization of the planet Pluto. He is receiver of the Oskar Čepan Young Visual Artist Price, member of The New Centre for Research and Practice, is a co-founder of the digital art platform at the Academy of Fine Arts in Bratislava. 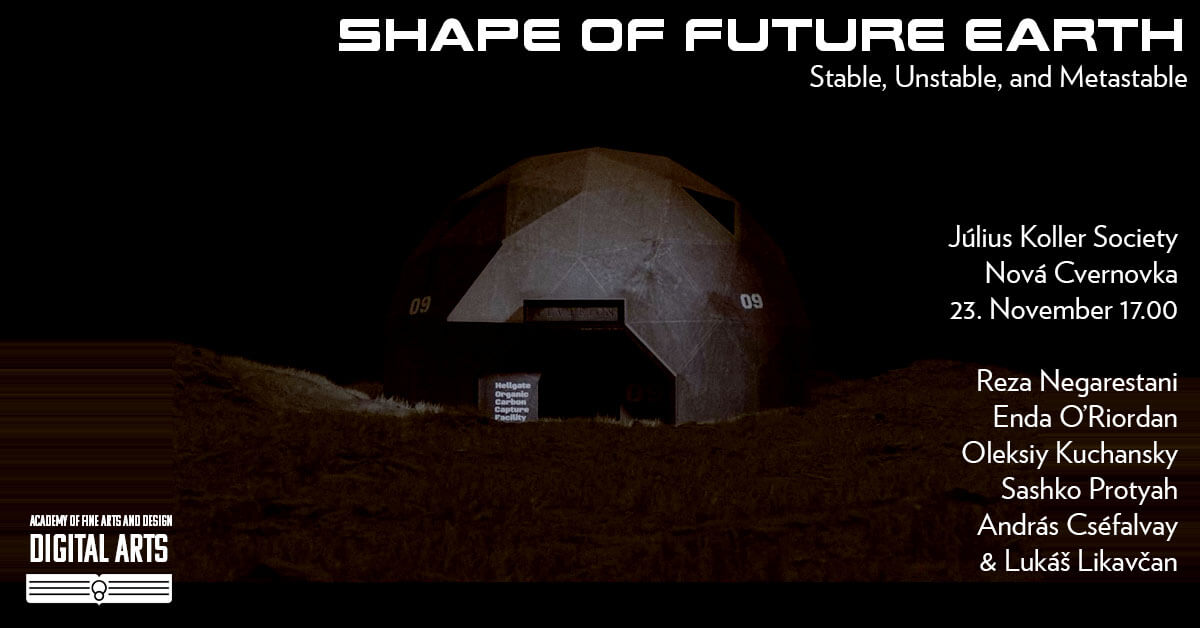