Curator-guided tour of the exhibition

Lia Perjovschi, born in 1961 in Sibiu, is the founder and coordinator of CAA/CAA—the Contemporary Art Archive/Center for Art Analysis, an informal institution functioning under different names since 1985, and of KM—the Knowledge Museum, an interdisciplinary and educational project based on the research started by the artist in 1999 and continuing until today. Her activities and works—“International Archive for Contemporary Art 1990–today,” “The Center For Art Analysis 1999–today,” “Timeline 1997–today,” “Diagrams/Mind Maps 1999–today” and the “Knowledge Museum Project 1999–today”—define a series of registers in working with information, in organising the various materials collected and archived and in producing a visual representation of the basic knowledge. The journey of her artistic practice from her body (the performances of the 1980s–1990s) to the body of knowledge (CAA/CAA, KM) opens up a personal storyboard—a space of postproduction and dialogue, of rethinking, recycling information and structuring ideas.

The Contemporary Art Archive/Center for Art Analysis (CAA/CAA) was founded by Lia Perjovschi as a place for reproduction and recycling of knowledge. This initiative was sparked by the artist’s subjective experience, her efforts to place herself within and critically come to terms with global modern and contemporary art. It was inspired by the need to fill up the massive gap in knowledge caused by Romania’s isolation during the socialist era. The motivation to start the archive was not solely personal. Lia Perjovschi constituted her institution as a tool for communication and education. Back in the 1990s, when she started to regularly frequent biennials of contemporary art and European museums of modern art, her interest centered on that which formed the core of her own practice – the art of performance, installation, photography, and video – as well as accumulation of theoretical analyses.

In contrast to other archives started by artists in the former Eastern Bloc countries (such as the KwieKulik archives in Warsaw or Artpool in Budapest), her ambition was not to document the alternative art scene which she was a member of. Lia Perjovschi built the archive as an extension of her own artistic practice, with the goal of contextualizing and categorizing that which she learned about the (art) world. Her archiving work places accent on reproduction and distribution mechanism made possible by digitization. Lia Perjovschi always creates images of texts and texts of images. These are rhizomatic drawings in the form of mind maps that center around a key term(s). In order to place events (from history of art, science, global politics and culture) in context, uncovering surprising connection between them, Lia Perjovschi complements her maps with horizontally constructed time axes.

The gender aspect of the archive is immensely important and consists of determining the authority of a subject of history. Her subjectivity assumes complete power over the organization and composition of information in space. Lia Perjovschi  gives form to her thought in her performative becoming of a woman-institution. The ongoing project of the Knowledge Museum (1999–today) is repeatedly republished and always newly structured in the form of an interactive encyclopedia and knowledge guide. Unlike the ready-made explanations, the Knowledge Museum is an interactive complex, a shifting central where basic pieces of knowledge are rearranged by means of new connections. This is why it also has the dynamics of an educational center. It is a museum which sucks in all the museums Lia Perjovschi visited…

A comparison with the Július Koller archive therefore reveals many similarities and even more differences. Koller built and used his own archive as a communication substrate out of which he only allowed clearly articulated concepts to enter the public sphere, such as umeNIE, the Ganek Gallery, or the Universal Futurologic Organization (U.F.O.), while the rest of the accumulated, patiently sorted and described printed materials remained solely within the artist’s sphere in the labyrinth of his apartment and his cellar.

Despite these differences, the interdisciplinary research, social and educational activities, universal scope and generative power are the links that connect the archiving efforts of the two artists. 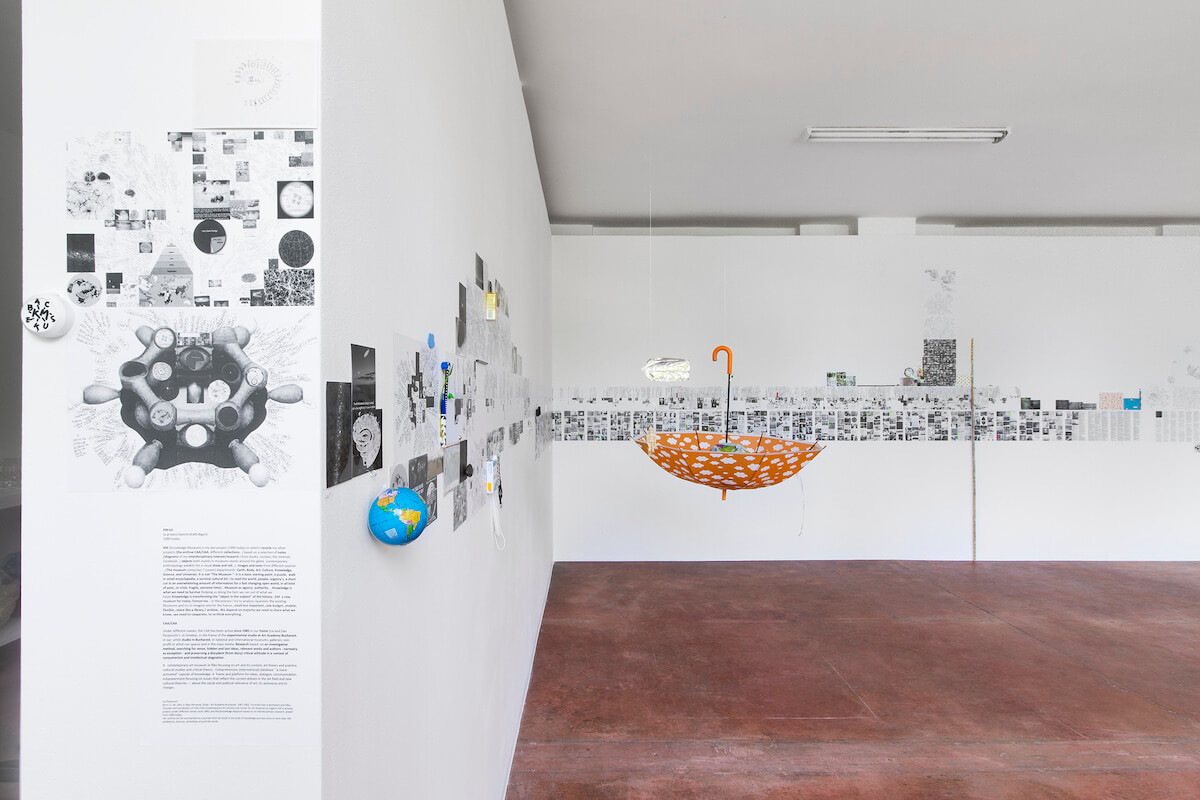 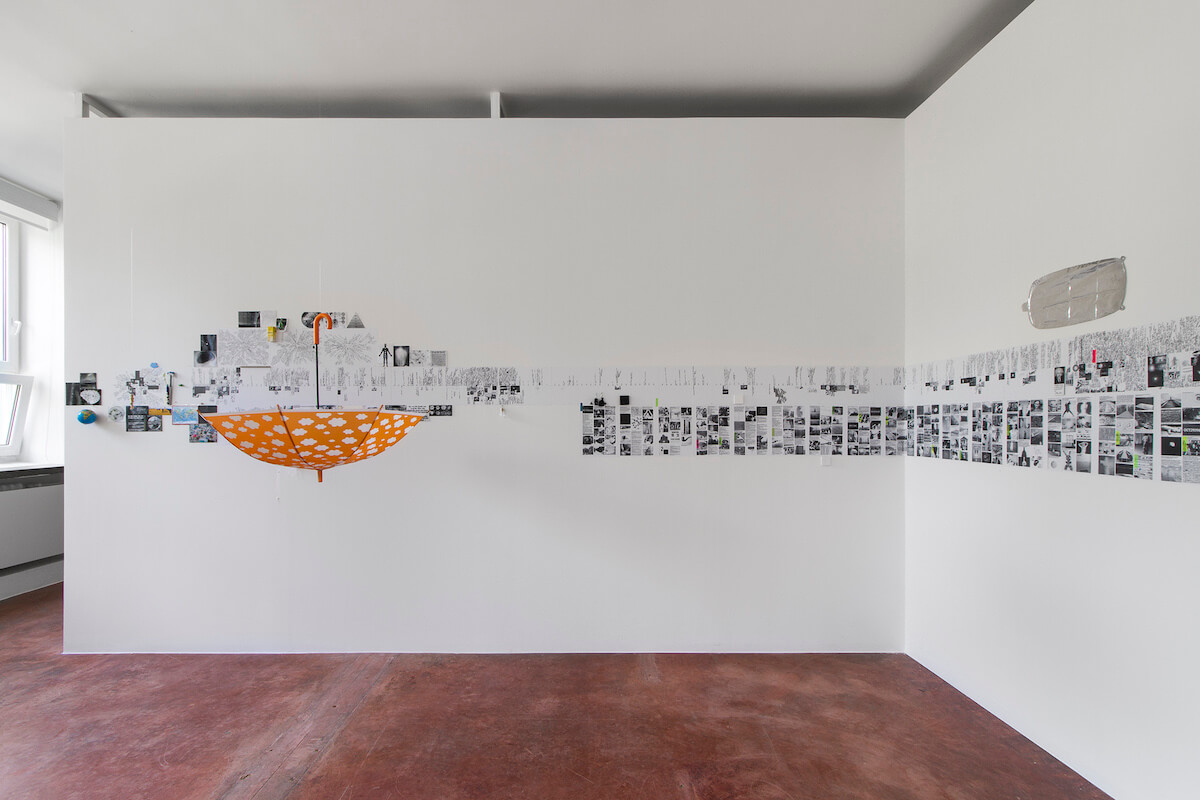 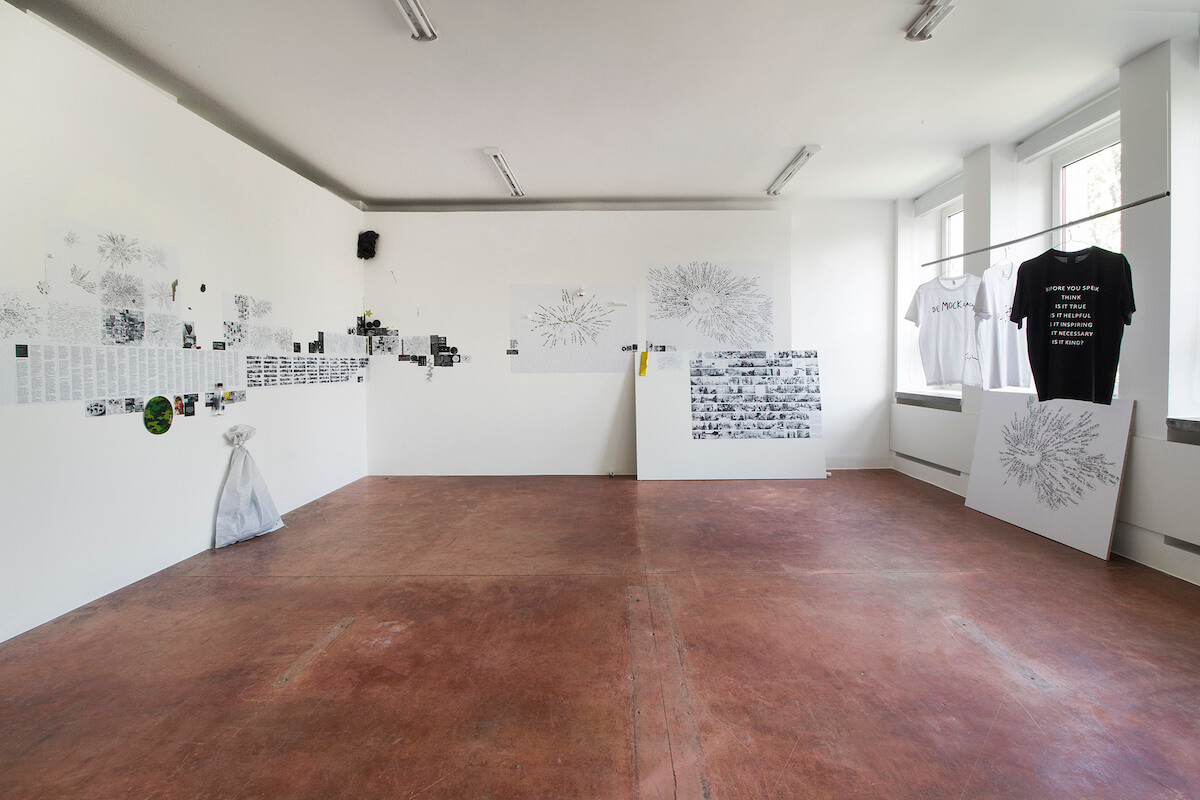 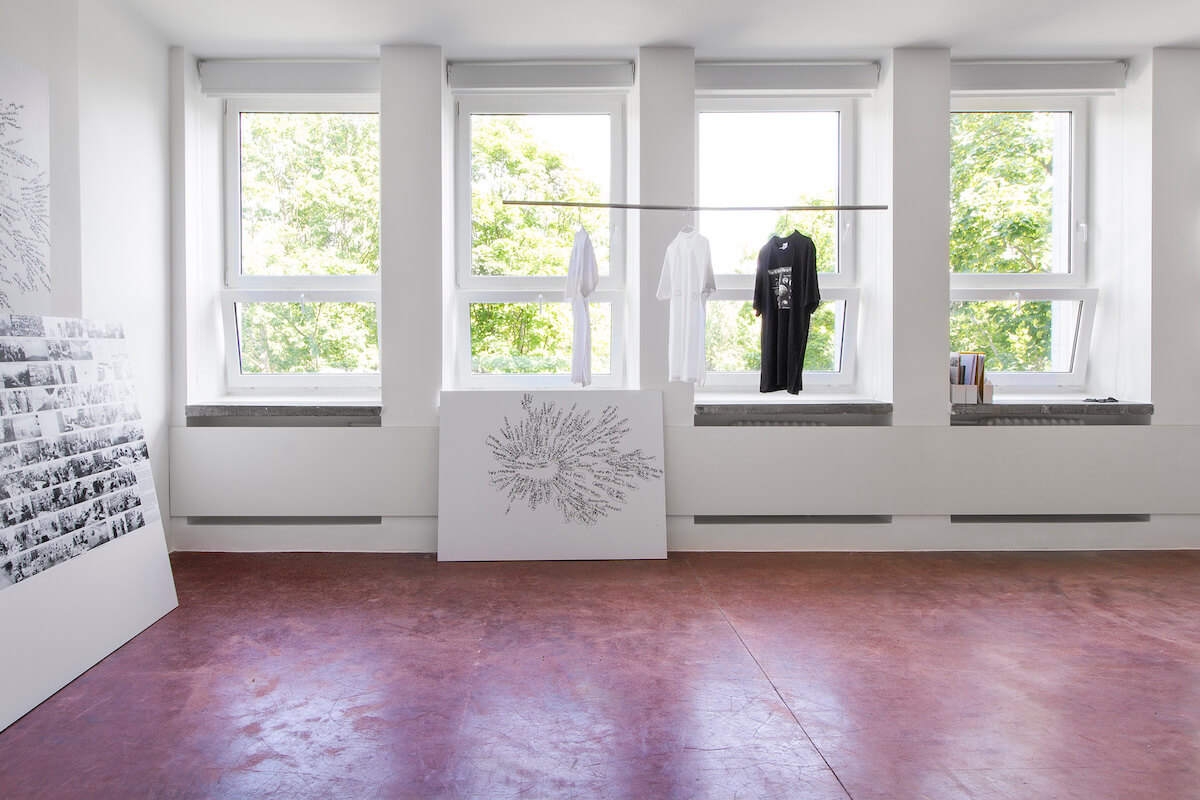 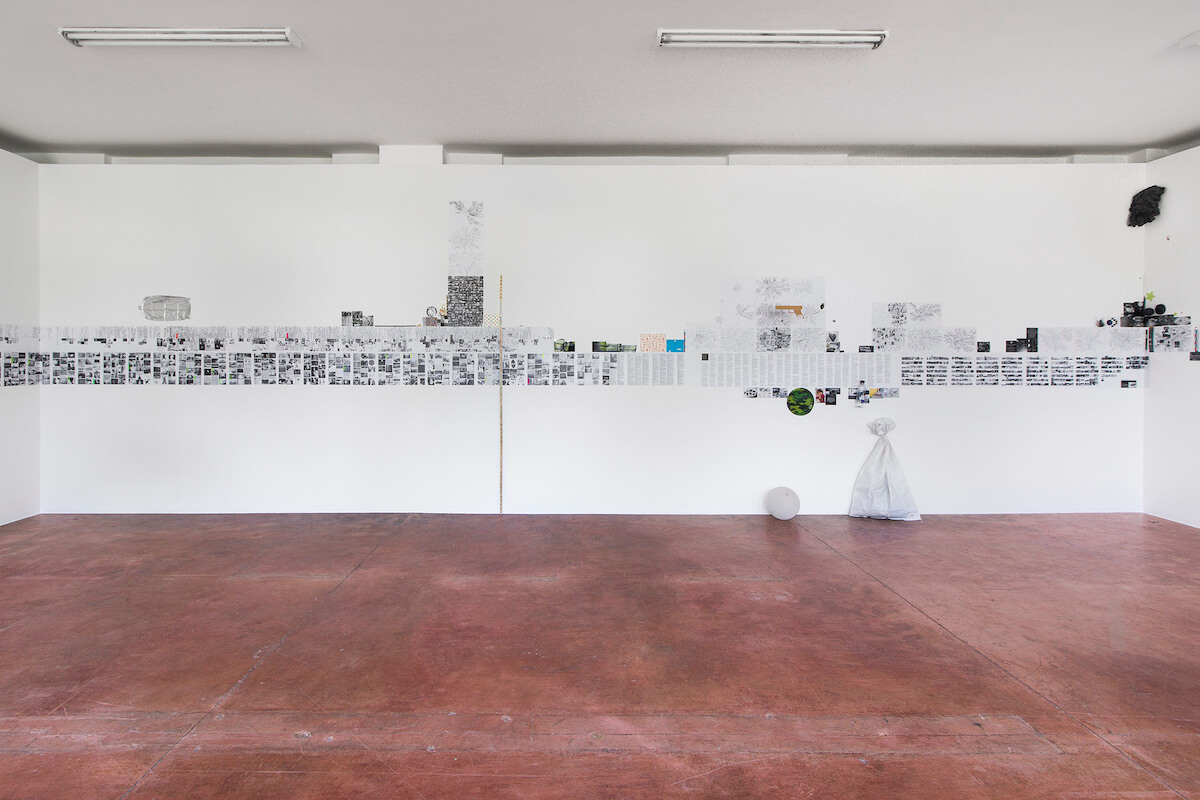 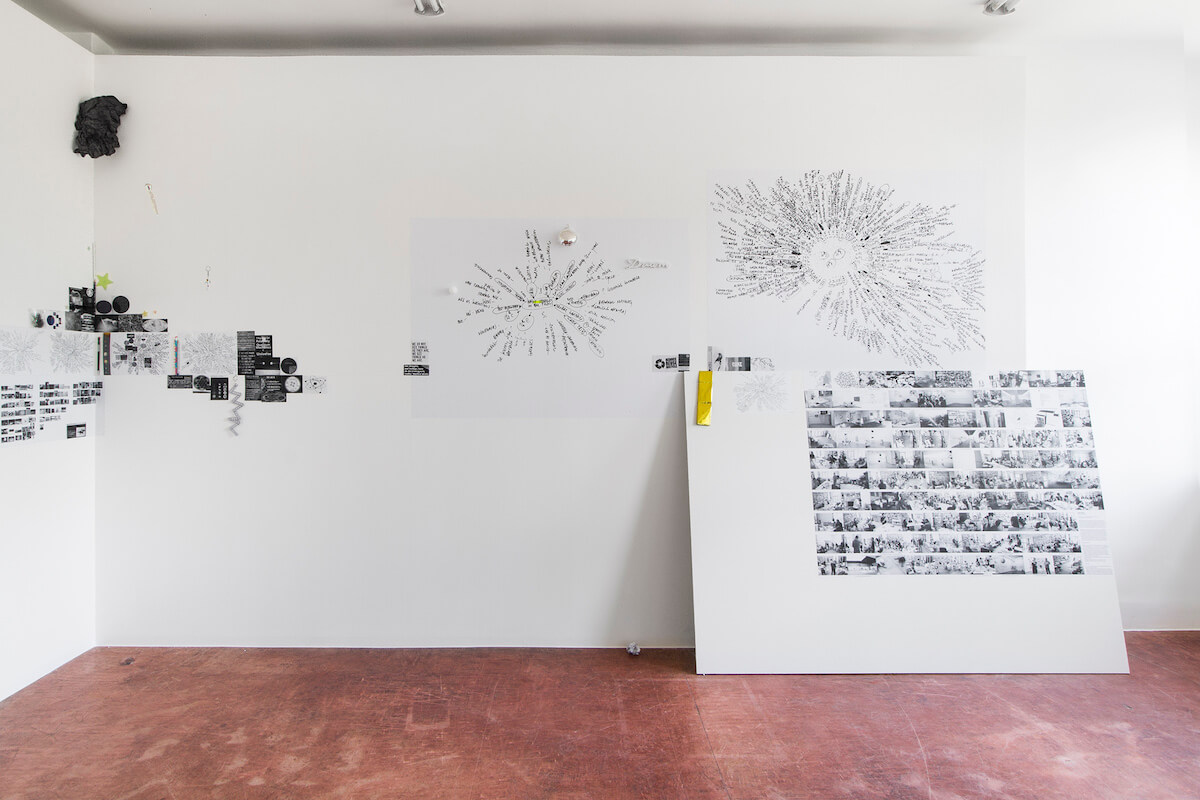 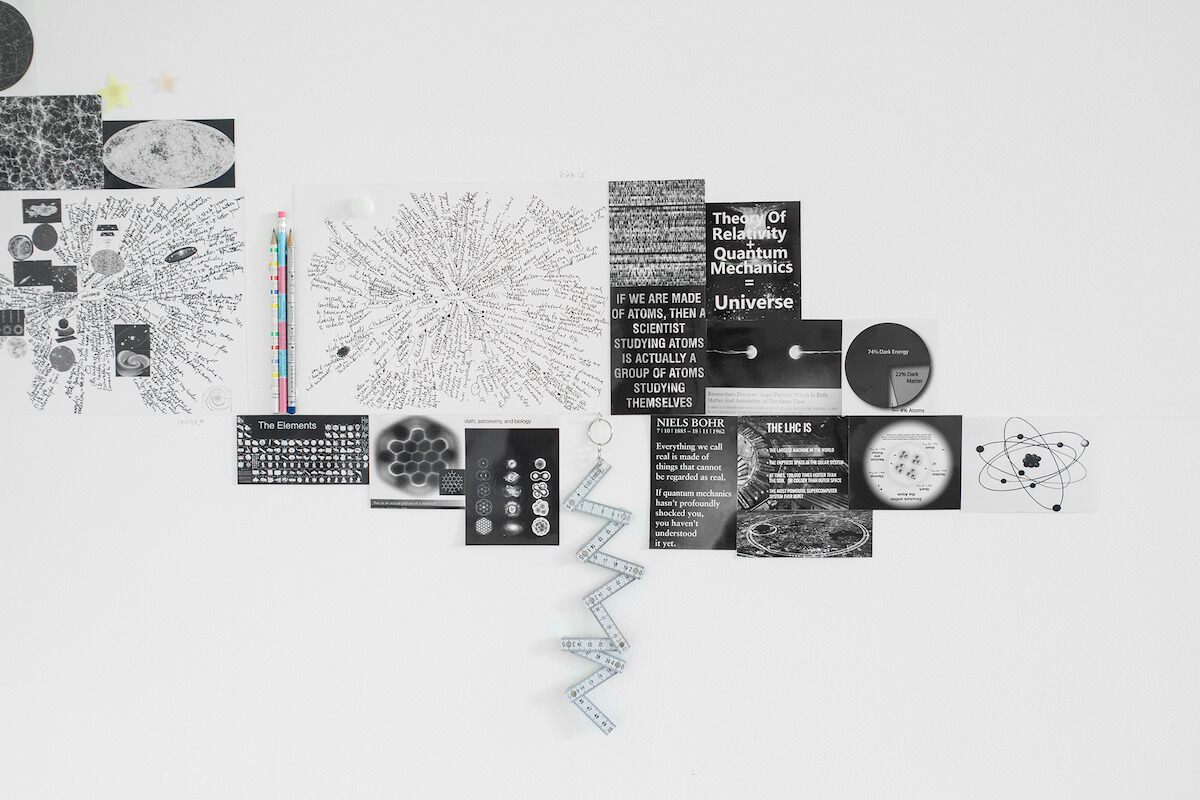