We each cope in some way with the circumstances of our own origin. The birthplace is often the mysterious place that hides untold mysteries. It concentrates on sources of childhood memories and thus becomes a sort of lifelong shelter, in times of personal crises and beyond. Since artists tend to leave their birthplaces early, they often revisit them later in their art, as places with many associations which can have important expressive power in relation to their oeuvres at large. Depictions of ancestral homes, villages, home towns, and regions revisited carry references to social status, childhood joys, and traumas, or a sense of nostalgia for the times now long gone.

Július Koller (1939 — 2007) as a conceptual artist took on the personality of the U.F.O.-naut J.K, therefore his origin was not completely terrestrial but also extraterrestrial and cosmic. He spent his early years with his parents in Piešťany, where they worked in the local spa. He later worked with the issue of ancestry and personal identity in his extensive oeuvre throughout his life. When he entered the arts scene in the mid-1960s, he started using unconventional methods to differentiate himself from artistic formalism and all types of aestheticism. In place of standard artistic movements, he focused his own thought on personal creation of new reality within the course of everyday life, on living creativity and the new cosmo-humanist culture. Koller realized his artistic acts — paintings as well as performances — primarily as games, interventions, and titled them “cultural situations”. Therefore, references to his birthplace in his oeuvre too take the form of performative and photographic interventions in various environments.

In June 1970, when he took part in the legendary exterior exhibition Polymusic Space. Sculpture, Object, Light, Music in Piešťany, he realized his part as a game space with reference to his birthhouse (the building of the Kursalon) in the city park. The circular track which the visitors were supposed to follow through the park was titled P.O.P. U.F.O. (Psychophysical Occupation of Space by a Universal Fantastic Object). The already extant objects along the track, such as the musical pavilion, his birthhouse, amphitheater, playground, streetlights, trees, and tennis courts, were complemented by various newly produced signs and objects. Individual stops along the route were also intended as places where the spectators were supposed to look out for unidentified flying objects (U.F.O.s). The project reproduced in the exhibition’s catalog manifests the beginning of a new cosmic era of mankind, signaled by the stamped initials JK superimposed over a picture of the planet Earth taken from space and a graphic with the classification of flying saucers. The point of departure and basis for this work was the book The Mysteries of our Century — Flying Saucers, to which Koller added green stamped inscriptions PIEŠŤANY and JÚLIUS KOLLER. On the line between the familiar and the estranged, the birthplace and unknown extraterrestrial worlds from which we look back on our own, a new cosmo-humanist culture and personal identity arise from interactions.

In this context, the internationally recognized Conceptual Cultural Situation (U.F.O.) stands out. The photograph is currently a part of the collections of the National Museum of Modern Art housed in the Centre Pompidou in Paris, France. It initiates dialog between the author of a fictitious graffiti and the building of the House of Art in Piešťany, designed by the architect Ferdinand Milučký. Inclusion of the photograph in the said collections suggests a distant reminiscence between the zig-zag shape of the House of Art’s concrete staircase on which Július Koller wrote the word umeNIE (“NOart”) and the pipe with escalator, a striking element of the Centre Pompidou’s exterior, designed at around the same time by the architects Renzo Piano and Richard Rogers. Much like his other two signature inscriptions, a question mark and U.F.O., Július Koller placed the inscription umeNIE since 1970 on various backdrops — telegrams, stamped official announcements, paintings, and urban environments. This signal in relation to the building but also to the photograph itself opens a dialectic game with the concept of art and its negation (“umenie” = “art”, “nie” = “no”). The graffiti is a fictional gesture, because rather than painting it straight onto the building on site, Koller in fact placed it only in the photograph. Analogically, he created another photo-performance, Futurological Cultural Situation (U.F.O.) wherein he added a U.F.O. signal to the bronze statue of a man breaking his crutch, created by Robert Kühmayer in 1933, a part of the composition of the well-known Colonnade Bridge in Piešťany, designed by Emil Belluš. The fictional graffiti, which appears to just have been finished by the reaching hand of the performer, follows from the motif of the broken crutch in the sculpture and transforms it into a mysterious signal.

Fateful Cultural Situation 1 and 2 (U.F.O.) in contrast with the preceding actions records the gesture of pointing but inserts no further signals in the artist’s birthhouse (the Kursalon building). The title contains a reference to Beethoven’s Symphony No. 5 with its “fate motif”. Its first part again consists of a photograph, with the performer’s figural sign serving as an extension of a column in the balustrade around the building’s terrace.  The second part is recorded in two photographs. A different corner of the same building sees the artist completing the environment of traffic columns, transforming them into a sort of pedestal for a living statue. Cult Cultural Situation (U.F.O.) takes place on site of an archaeological reconstruction of a Grand Moravian courtyard with a rotunda in Ducové. The series of photographs sees Koller along with several amateur visual artists creating figural compositions based on simple gestures and their variations between the group’s members. In the center of the rotunda, the performer invokes an unknown cult with his arms raised high and wide. The gesture and the mysterious archaic cult determine the framework of the meaning of cultural situations. The ties between these cultural situations and the myths of origins, lost civilizations, and disappeared objects open the mundane world to the effects of unknown forces from outer space and help us grasp their enigmatic, mysterious, and unknown dimension.

The exhibition is composed as a game environment in cooperation with the intermedia sculptor Matej Gavula. A part of the environment is formed by a graphic cycle by Svätopluk Mikyta, freely based on haptic play with colors and waste materials, with an important role played by their recycling and repeated use. Another guest is the aestheticist and composer of experimental music, Július Fujak, who provided a sonic-musical performance for the exhibition.

The exhibition was supported by Slovak Arts Council 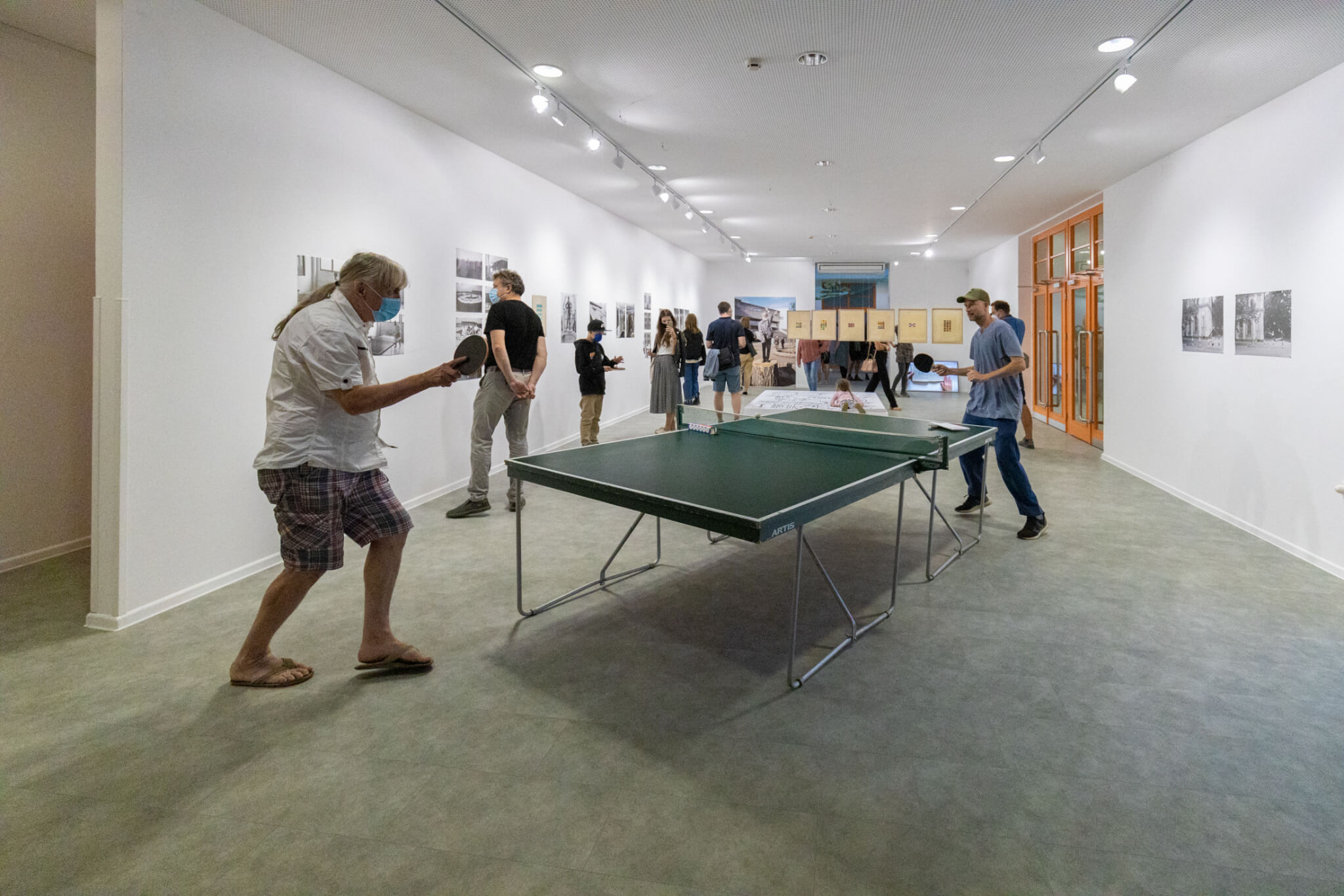 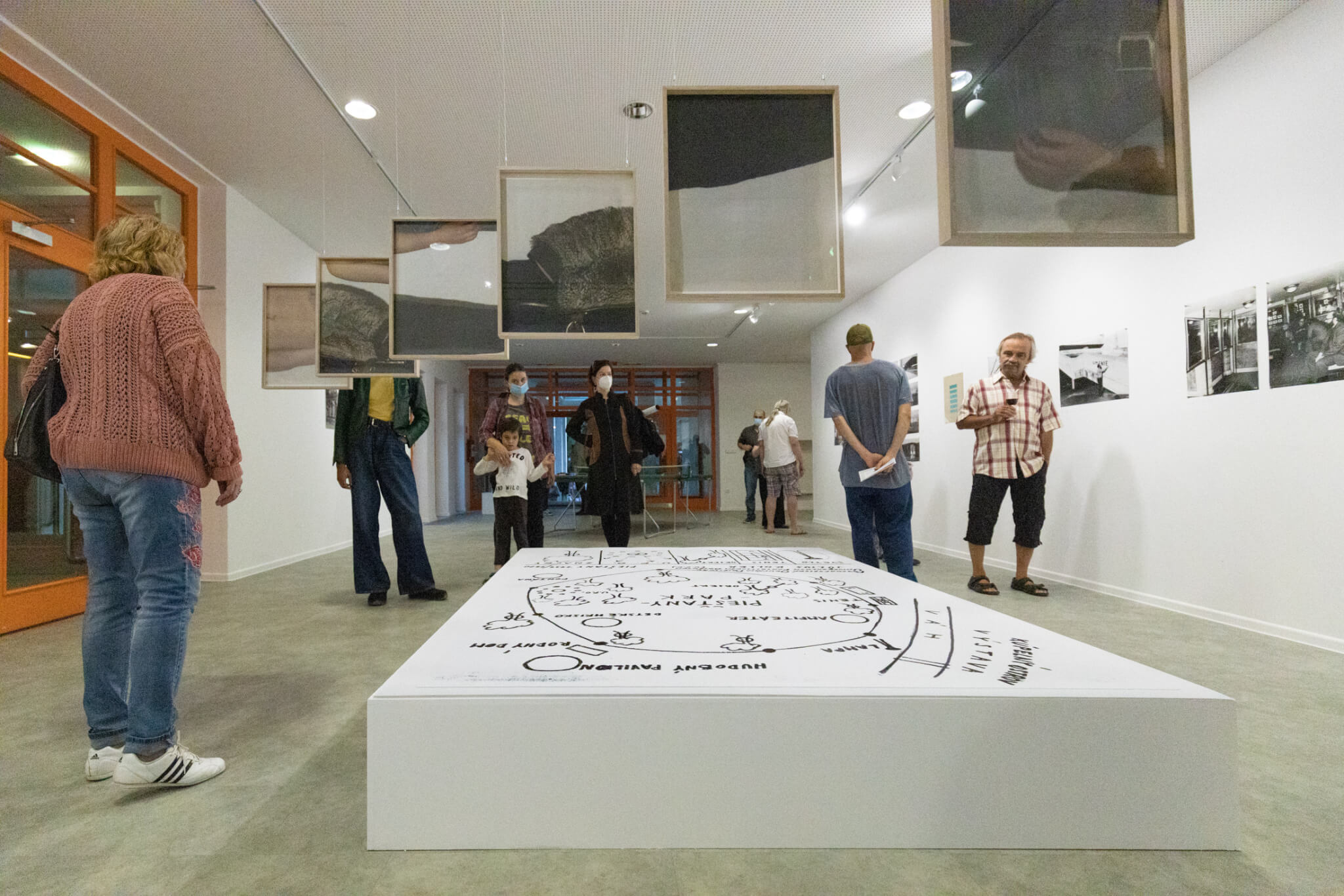 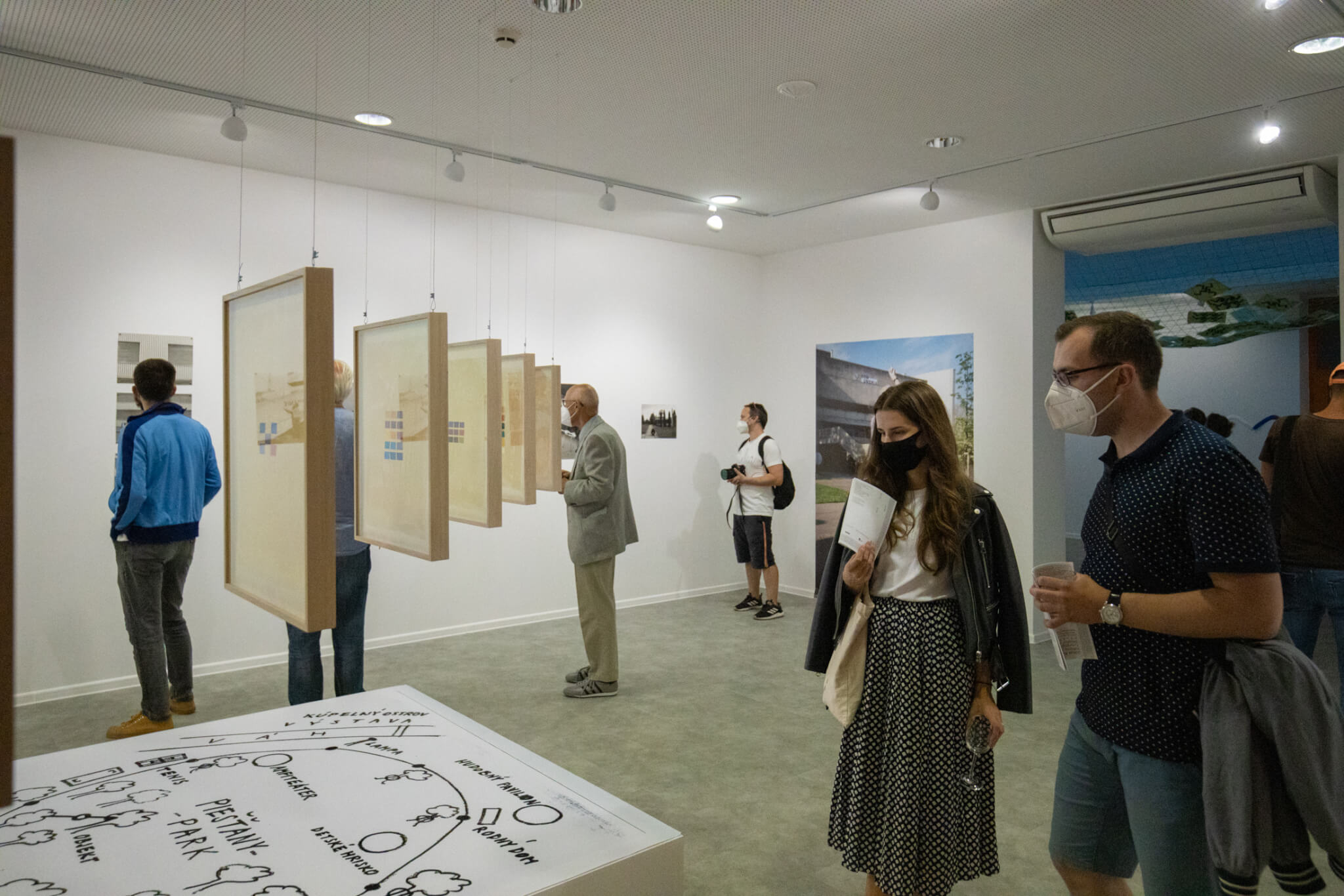 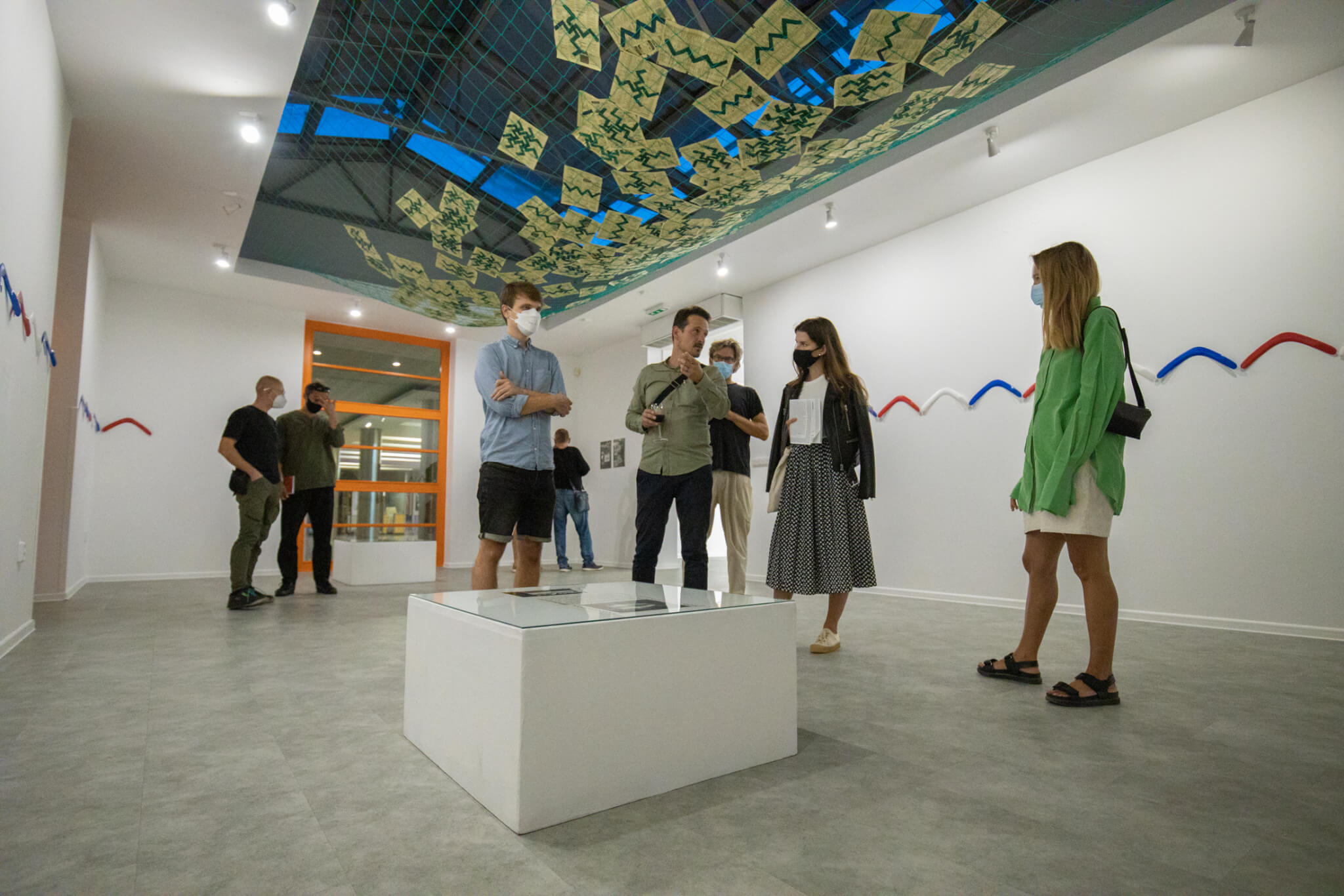 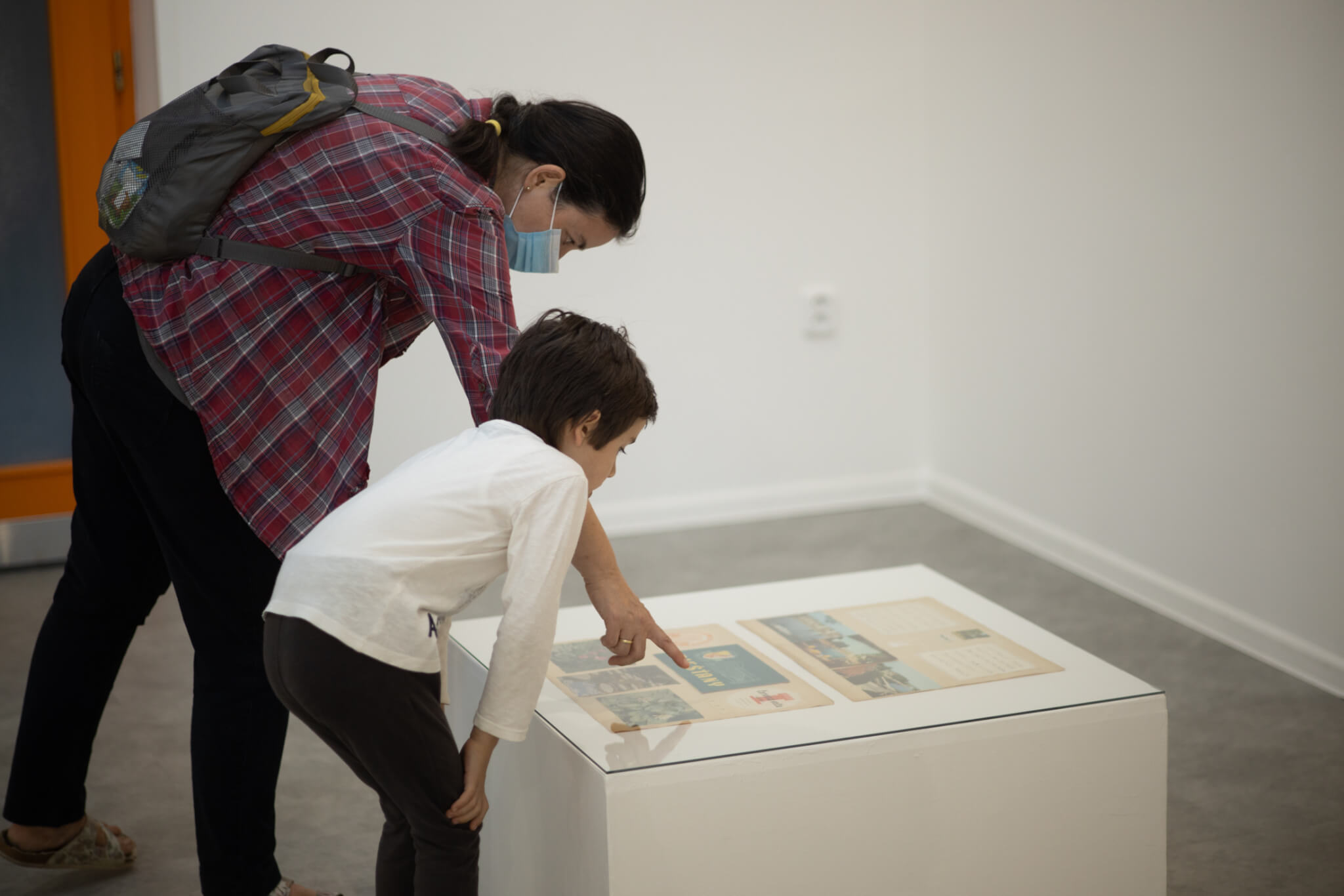 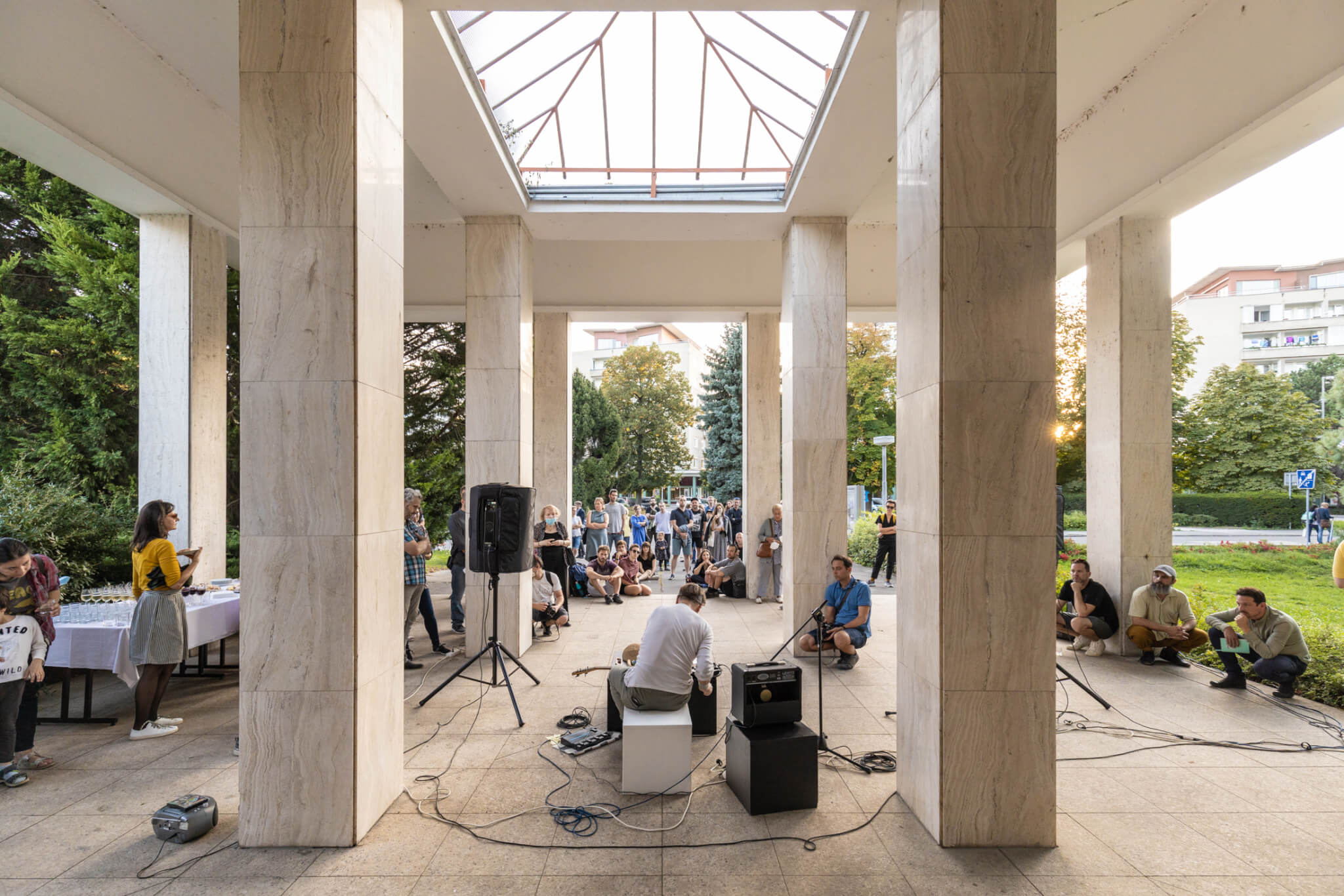 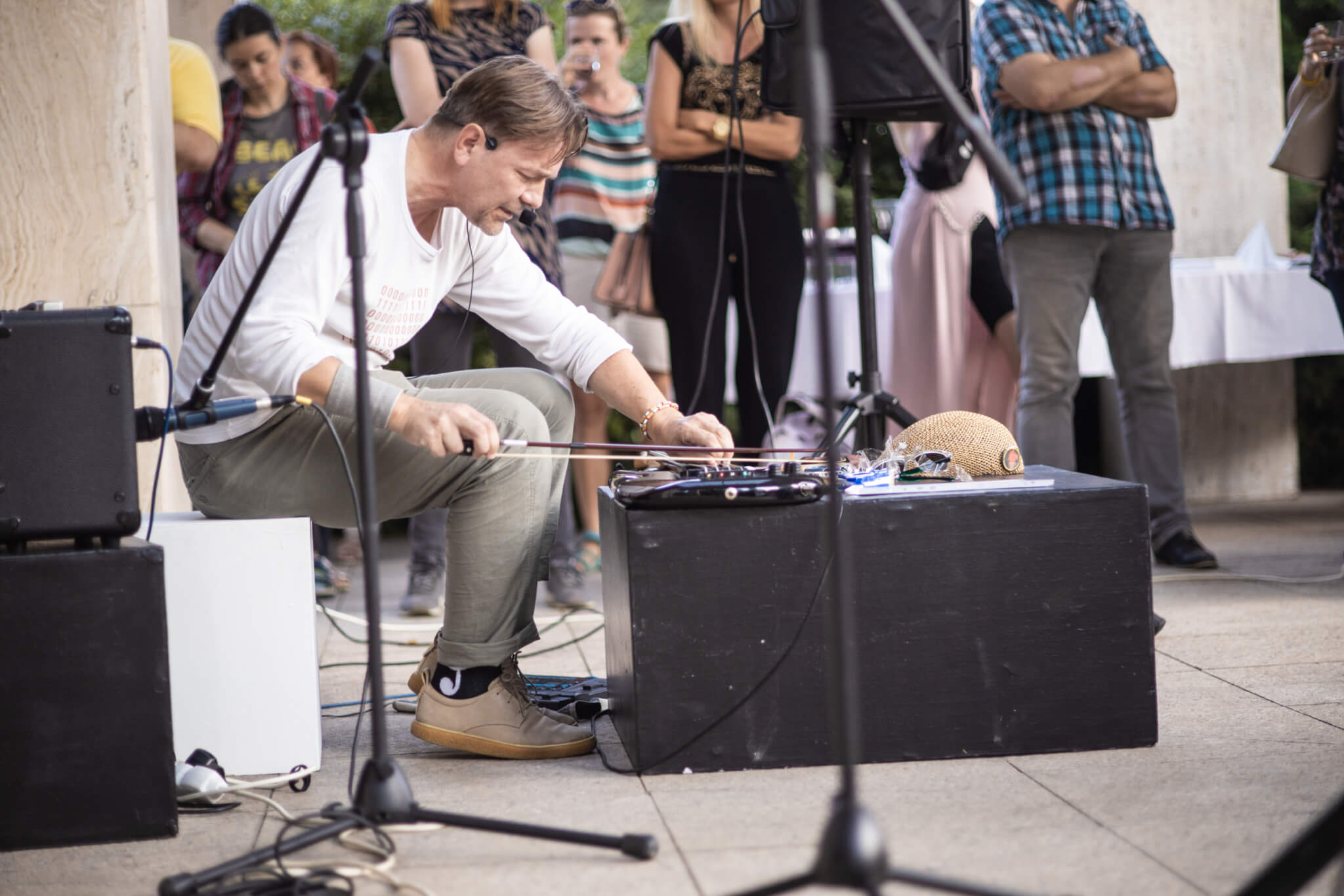 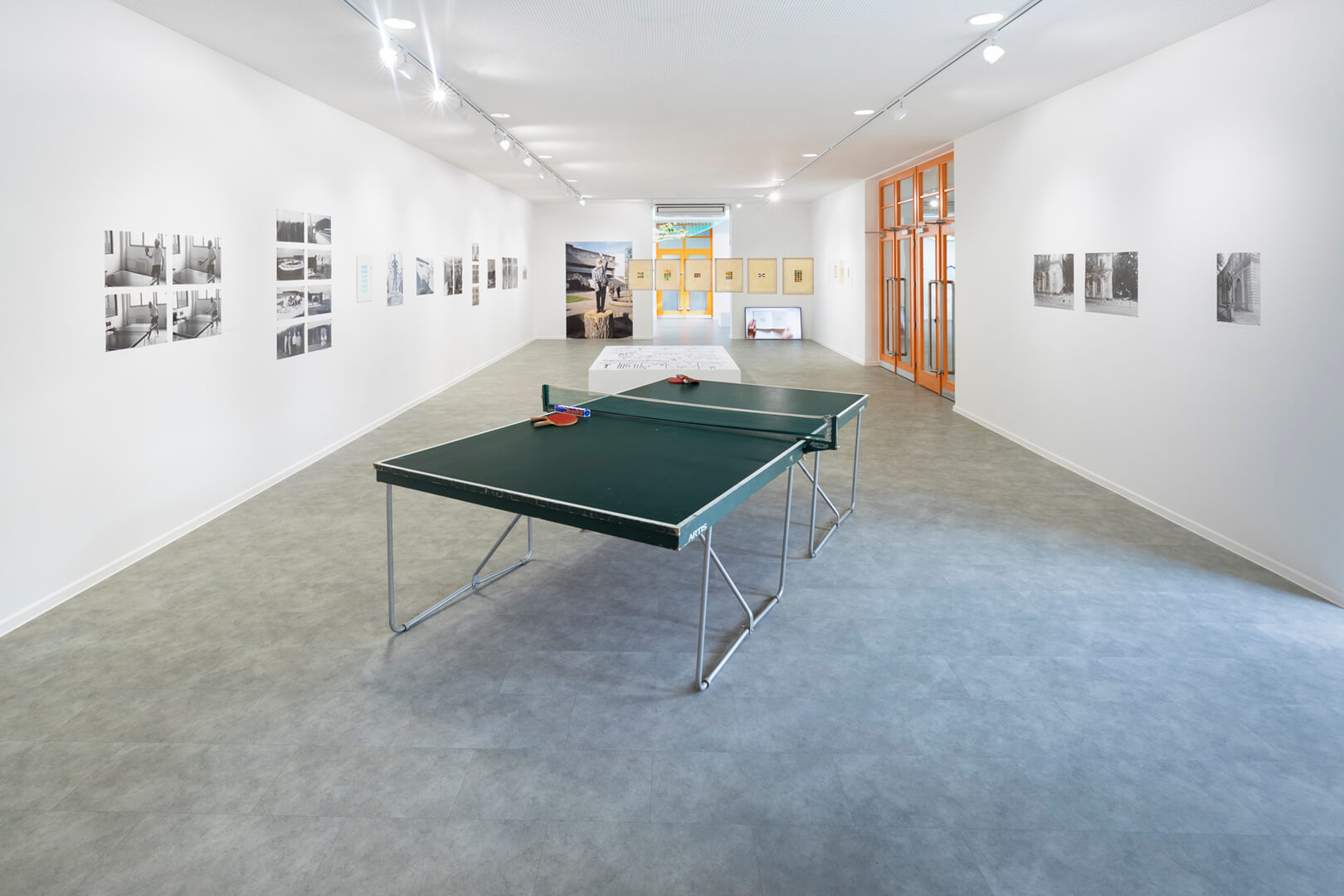 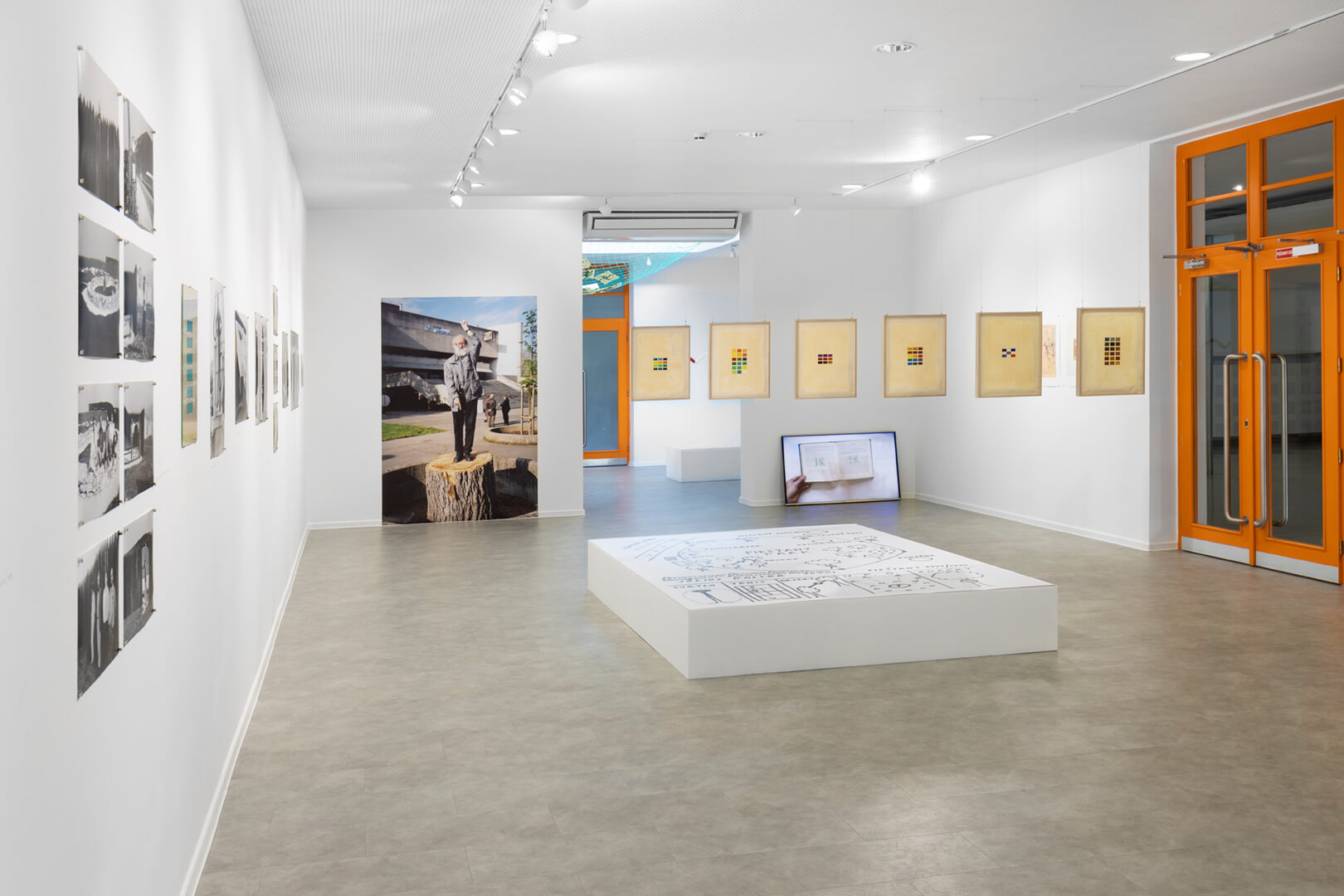 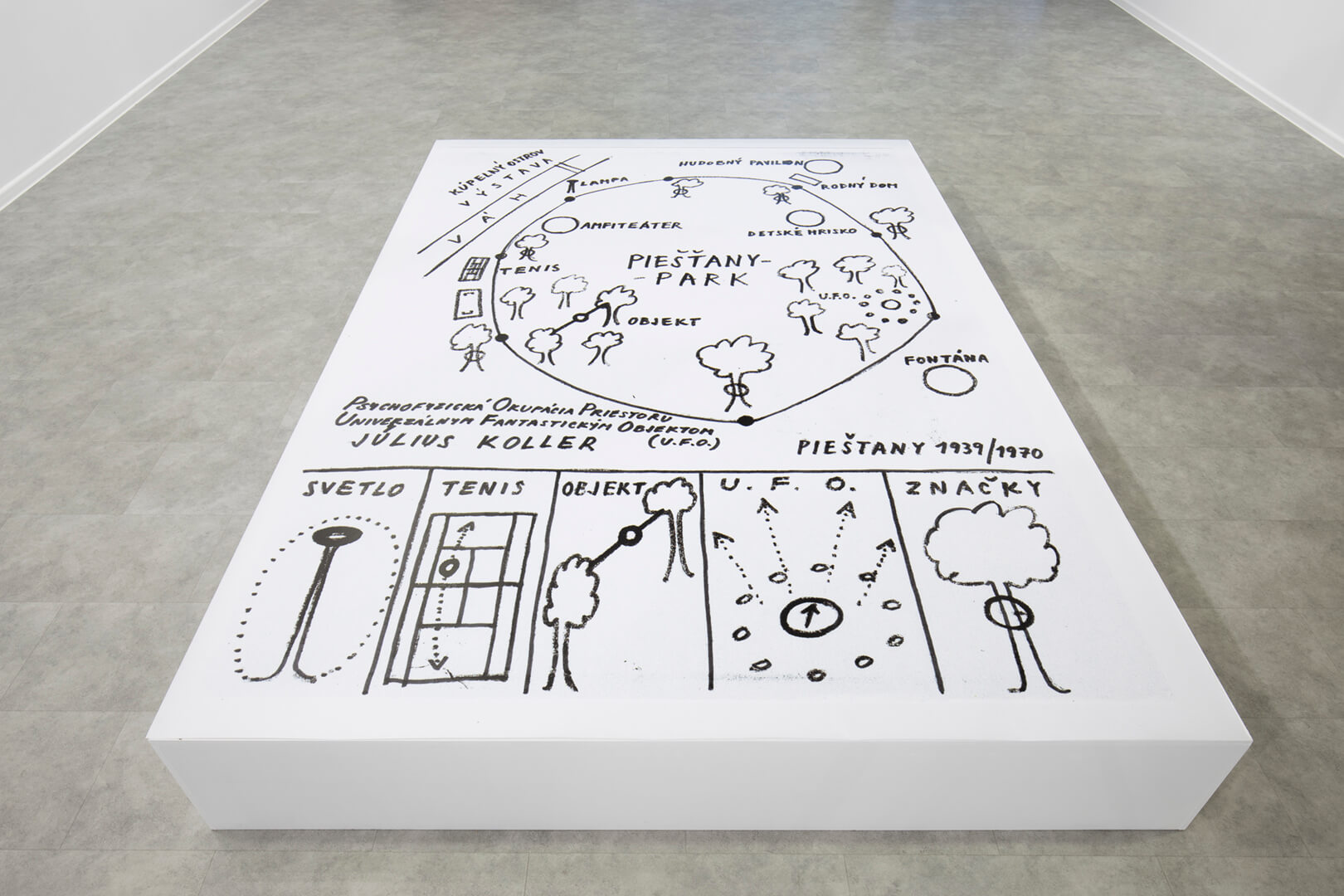 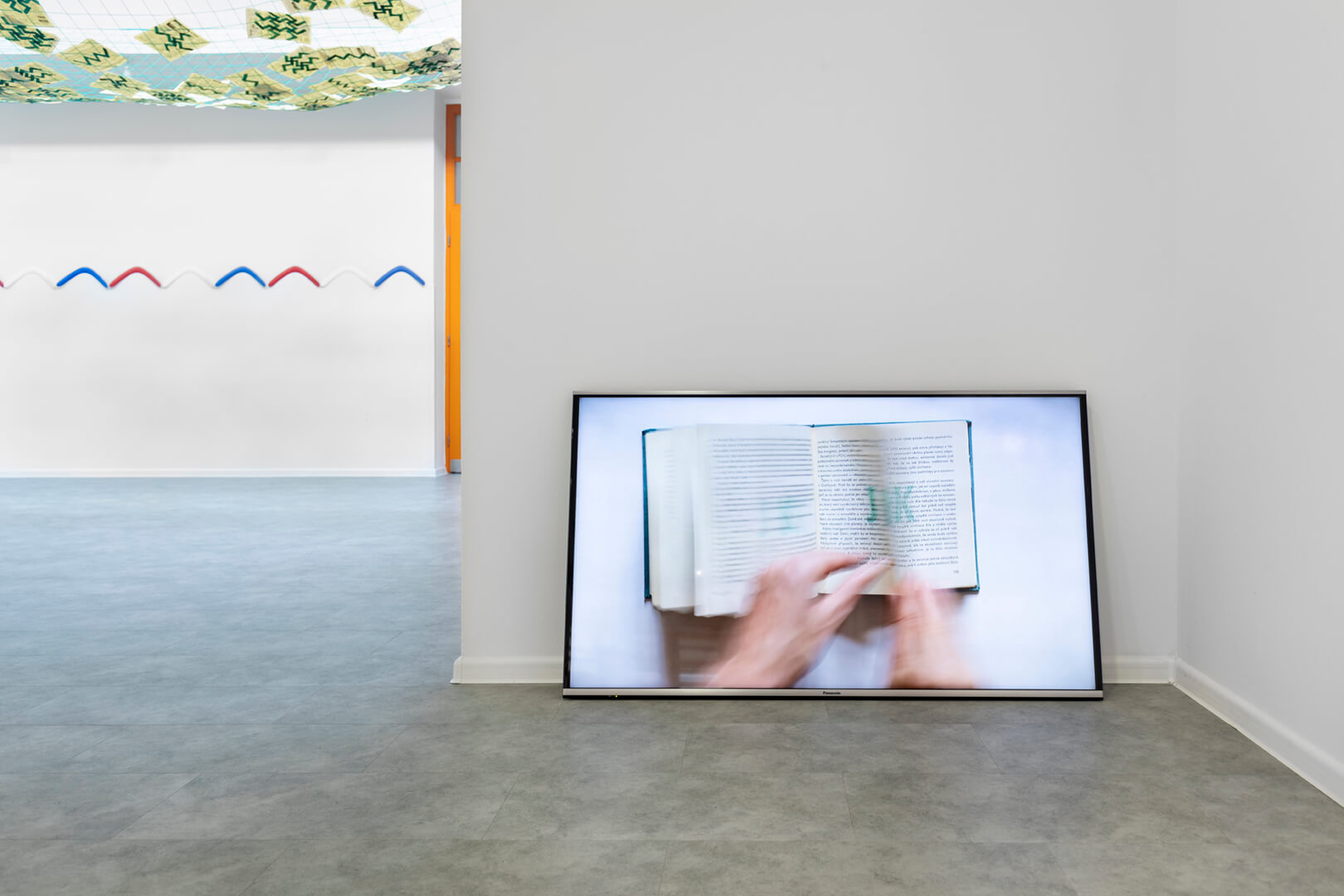 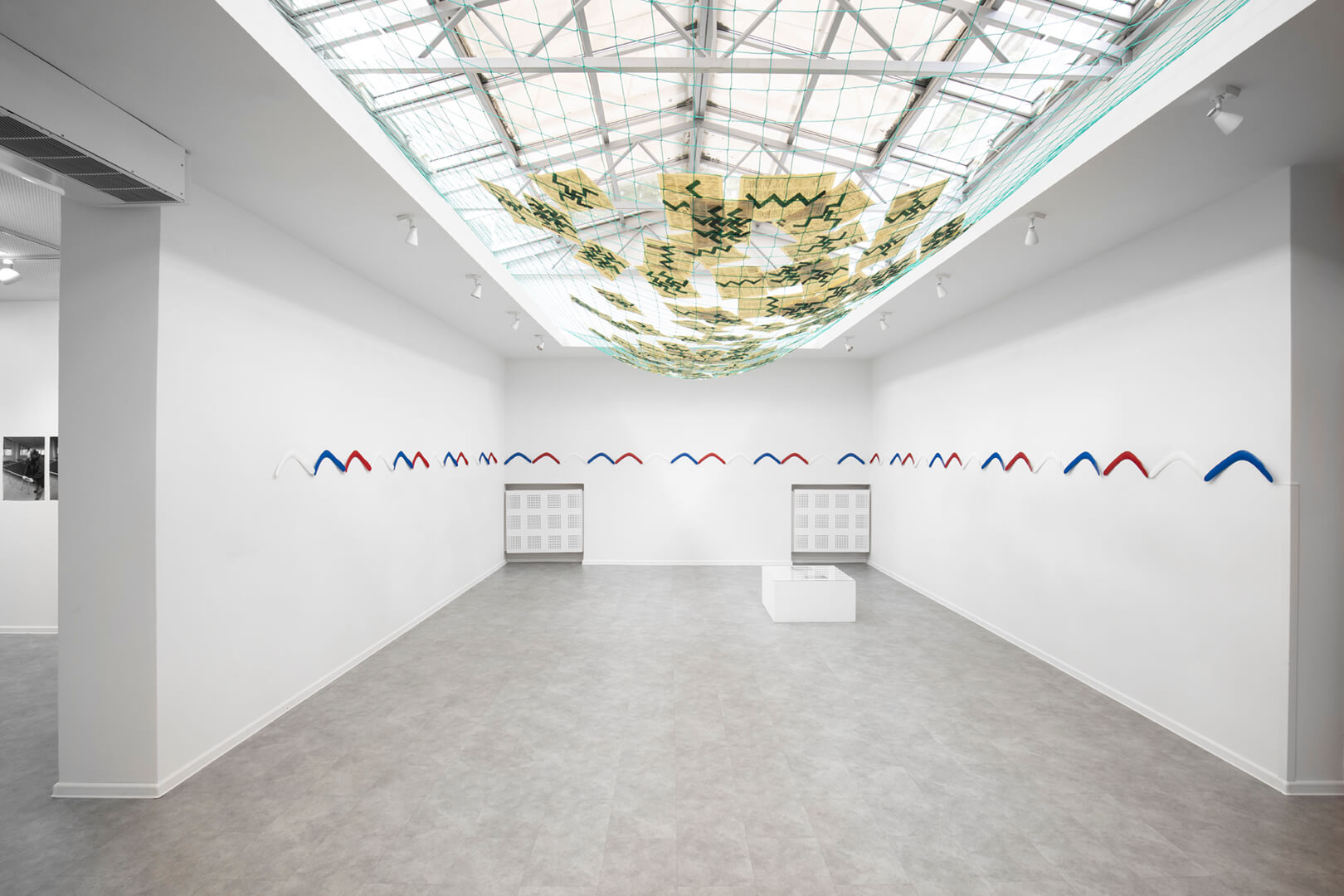 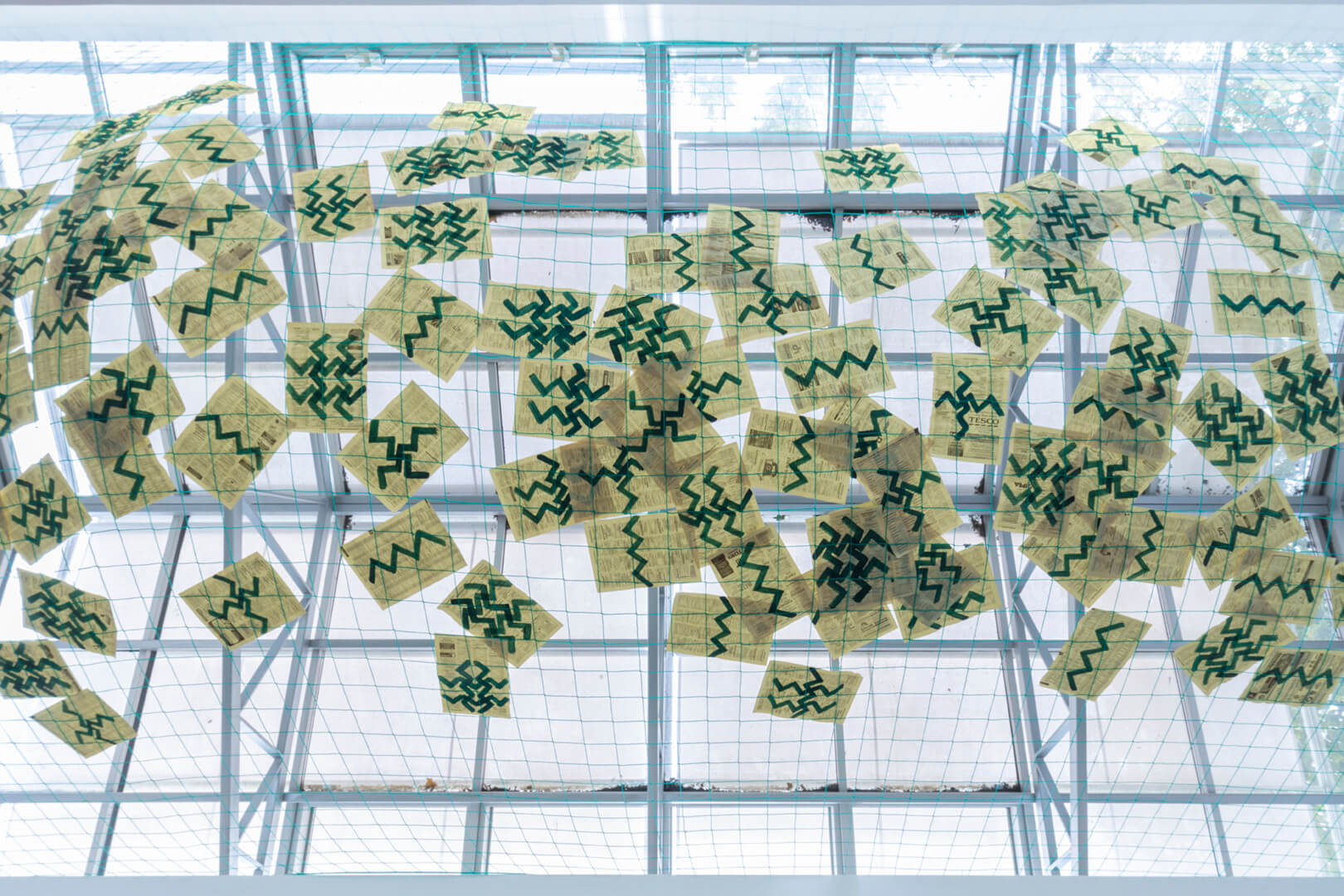 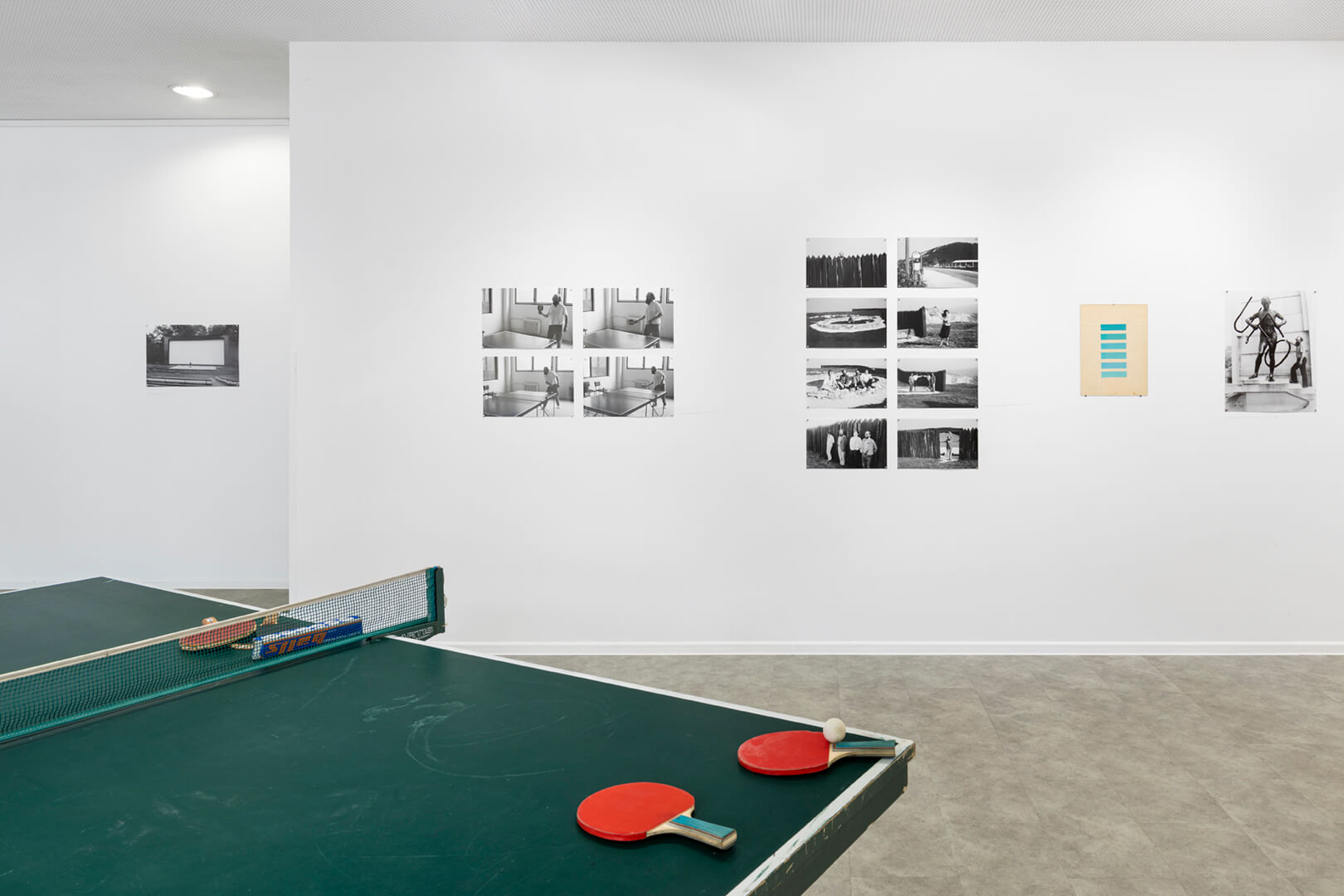 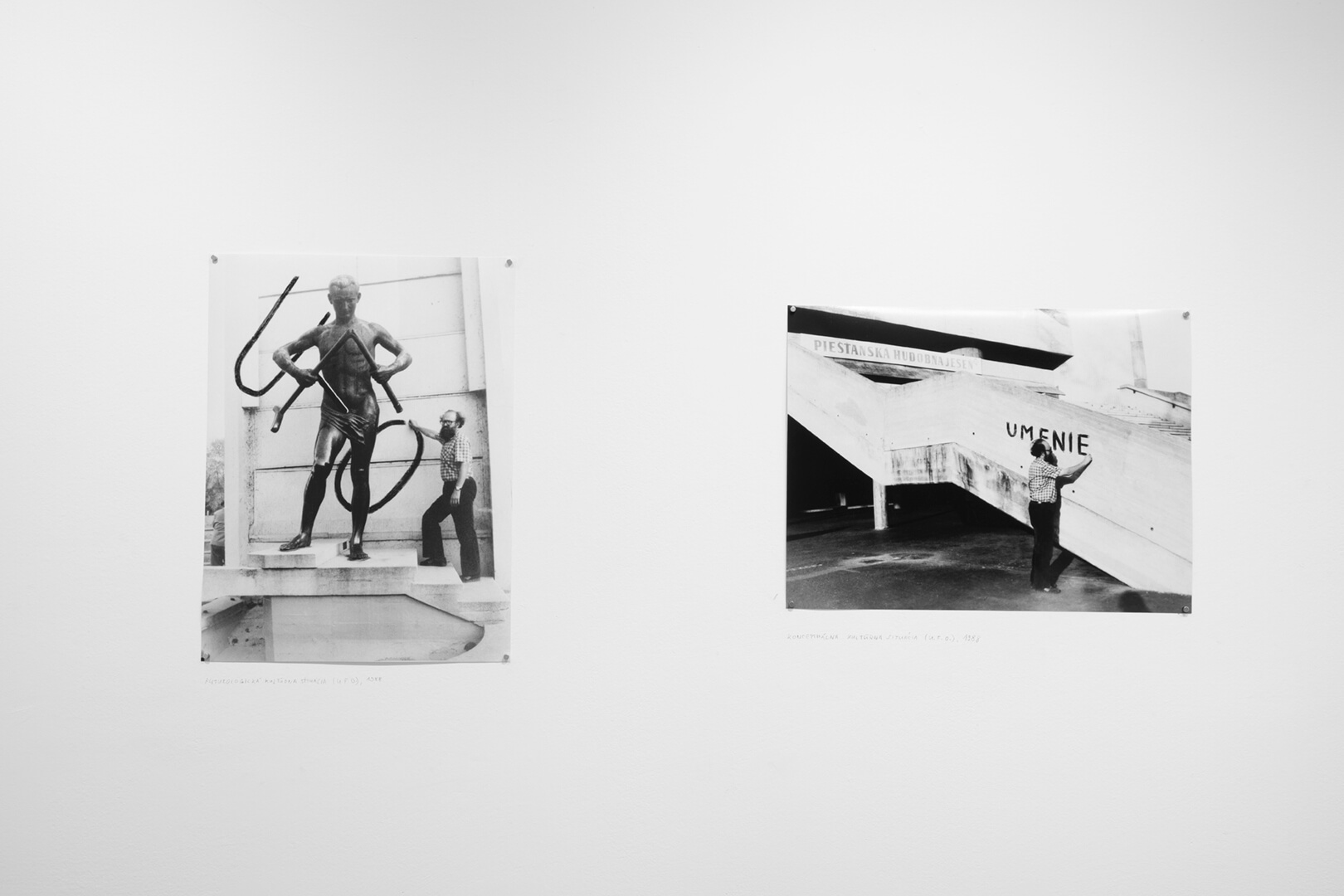 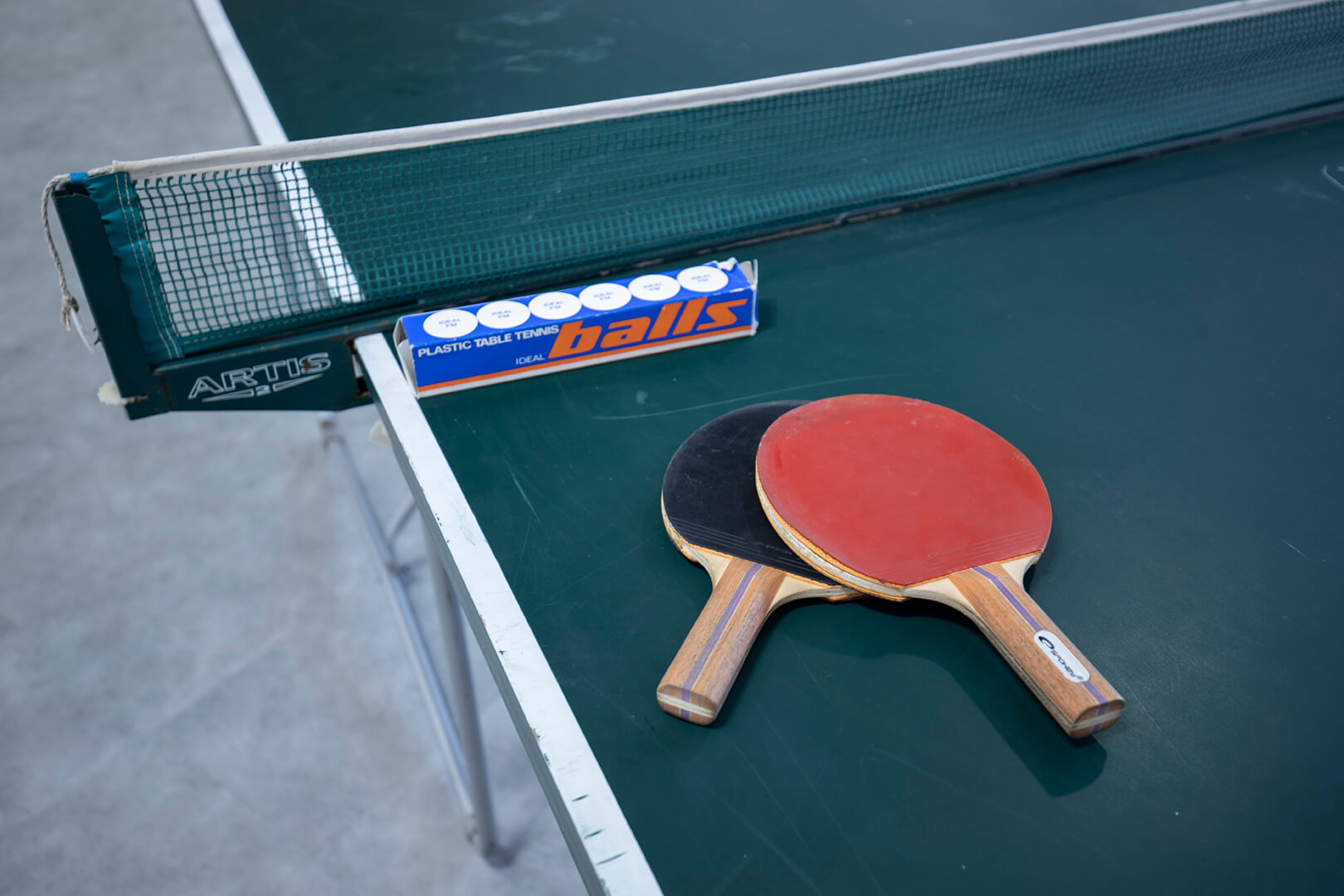 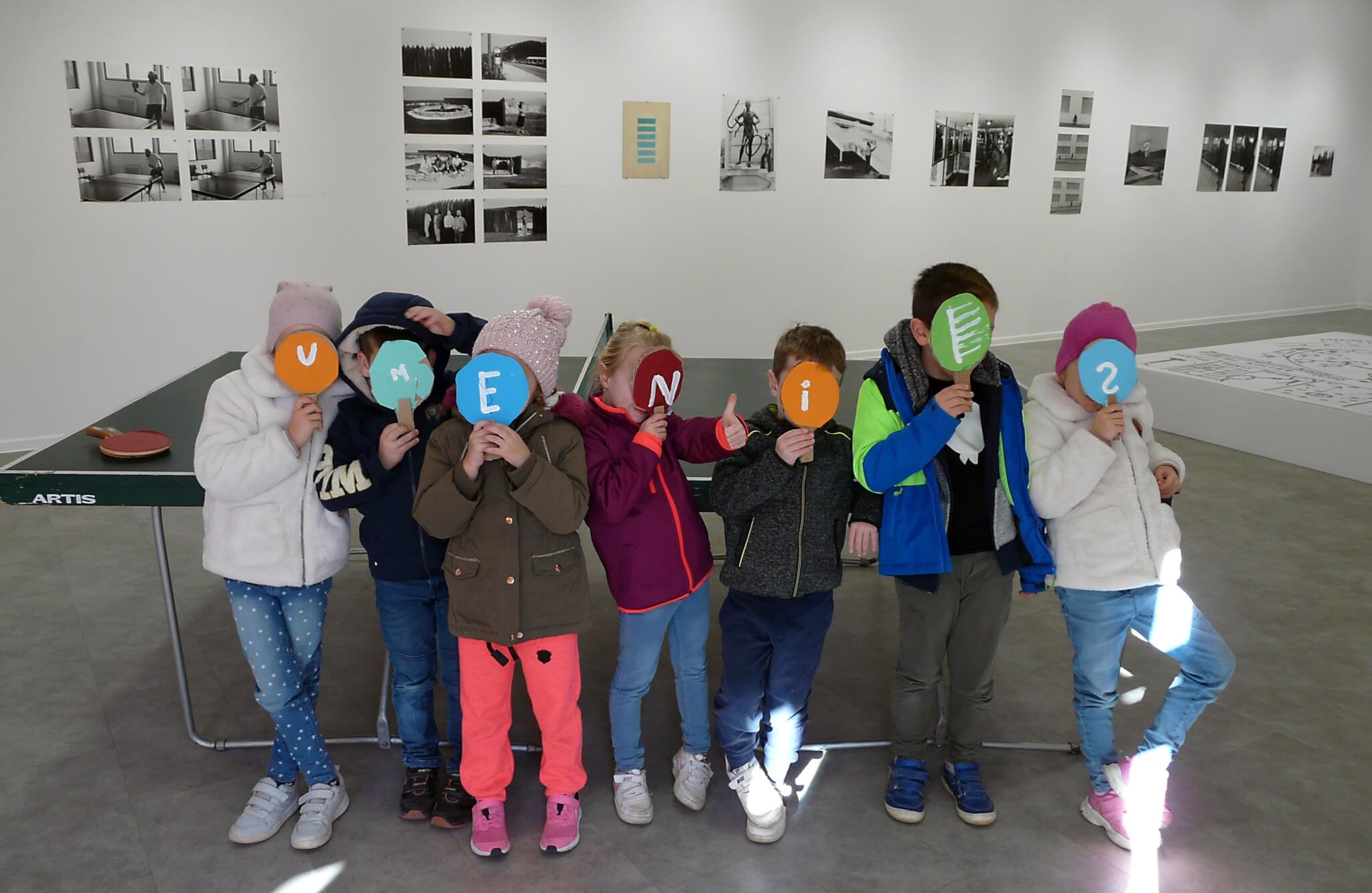 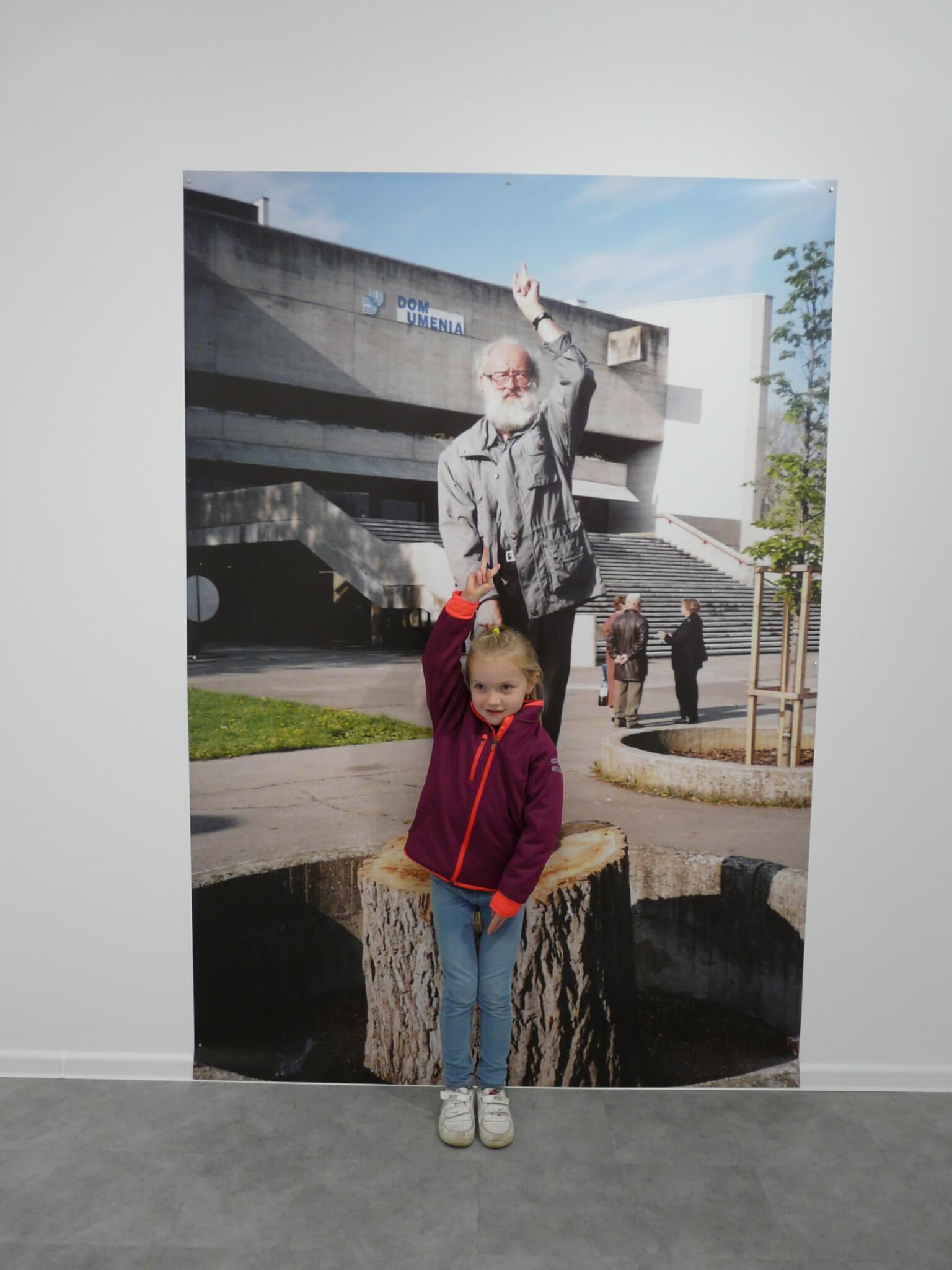 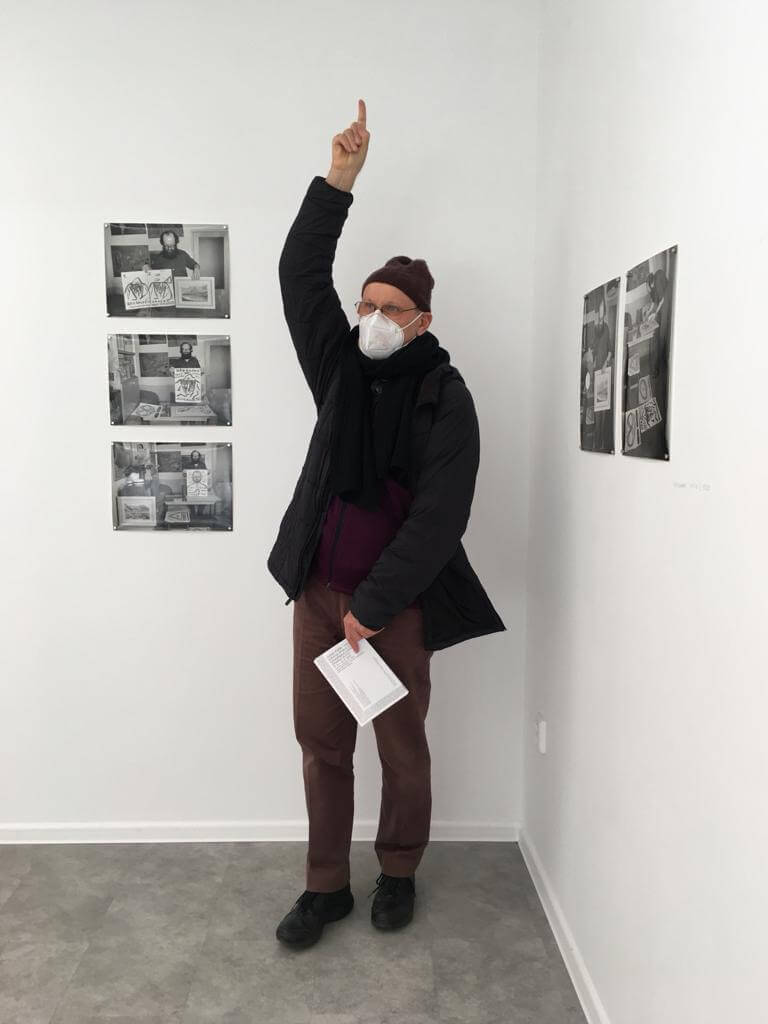